7NT personnel provided drilling services on this key project for Metropolitan Sewer District of Greater Cincinnati. The project consisted of a 9,600 foot long, 30 foot diameter sewer tunnel. The scope of drilling work consisted of 18 total borings, which included 14 deep borings to approximately 400 feet in depth and 4 shallow borings to top of rock. The following represents the scope of work for the Design Stage: 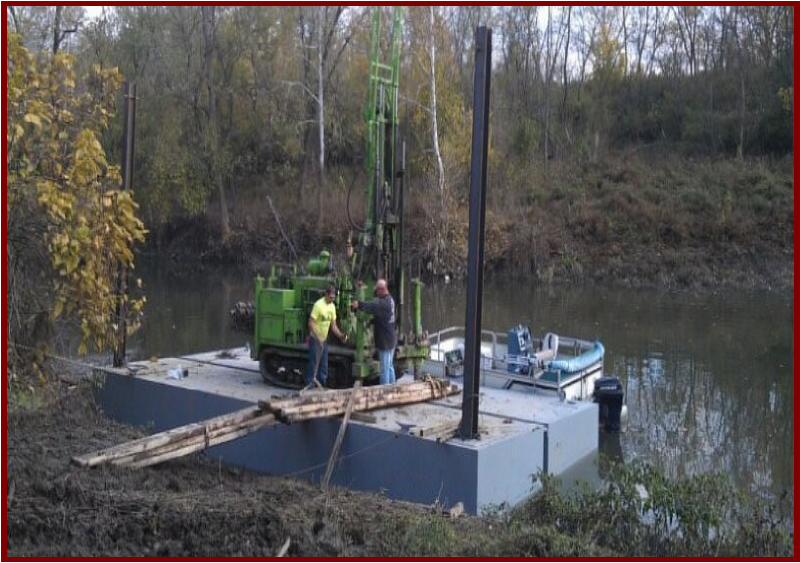 The major complication while drilling included the encountering of methane gas. Pockets of natural gas created conditions that forced us to delay the drilling and the setting of piezometers. The delays, when encountered, lasted from a few hours to as much as seven days. In all cases we were equipped with enough tooling to move to the next boring and return once the methane was no longer an issue. The drilling schedule for this project required the use of 3 rigs at one time and was completed on schedule and under budget.