24 teams from around the world gathered in Salsomaggiore, Italy on March 28, 2022 to compete for the World Senior Bridge Championship. Each team had arrived here by qualifying through Selection Trials (similar to Olympic trials) in their own countries/zones. Similar competitions were going on simultaneously for the Open, Women’s and Mixed team championships.

Over the next 7 days each team played a 16-deal match against each of the other 23 teams with 5 days with 3 matches and 2 days with 4 matches. After this round-robin phase the top 8 teams (elite eight)  qualified for the head to head knockout phase with a 96-deal quarterfinal, a 96-deal semifinal and a 128 deal final over the 2nd week of the competition.

My team (USA2) struggled early in the round-robin and was standing 14th half-way through when a late charge put us in 7th place at the end. We beat 2nd place Denmark in our last match to stay comfortably ahead of 9th place.

We played Denmark again in the quarterfinal but this time the result was different. We fell behind early, were never ahead and eventually lost by a moderate margin. This was unfortunate because if we had won that match we would have been guaranteed at least a bronze medal.

While the result was somewhat disappointing, I played really well and as always it is an honor and privilege to represent our great country.

On the way home through Rome I had the rare opportunity to visit with the Honorable Joe Donnelly, US Ambassador to the Vatican, former Senator from Indiana and an old and dear friend. I presented him with an unused United States bridge Federation jersey (I had a couple left due to our early exit) and gave him regards from his friends at 7NT. 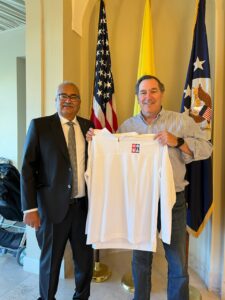 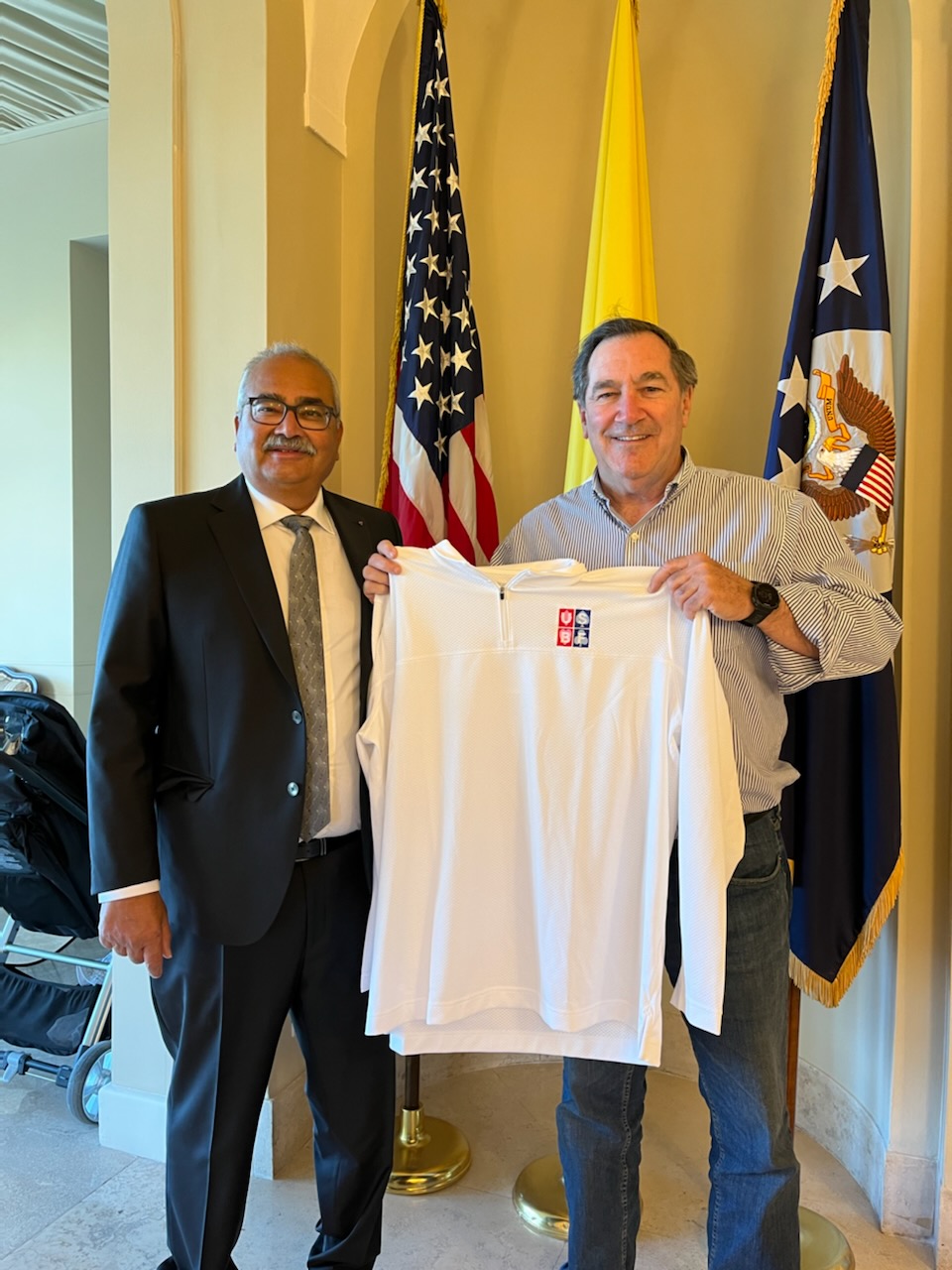