A landslide is a downslope movement of rock, soil, or both under a direct influence of gravity causing the material to fall, topple, spread, or flow. Landslides can be caused by slope steepness, relatively weak soil or rock, soil saturation, and human alteration of the site. Landslides occur in all 50 states in the United States and cause billions of dollars in damage and can kill between 25 and 50 people annually. Landslides are a common occurrence in Pennsylvania because of its geography and topography.

Landslides are a very significant geologic hazard throughout most of southwestern Pennsylvania, including Allegheny County. The Pennsylvania Turnpike, near the Allegheny Tunnel, was built on a massive landslide area. The westbound and eastbound lanes of failure (slide plain) of the landslide are deep into the bedrock. There is currently existing instrumentation on and around the landslide. The Pennsylvania Turnpike Commission (PTC) planned on borings being drilled to install inclinometers and piezometers into an active landslide.

The PTC awarded 7NT a contract for drilling for the Alleghany Tunnel Project, with Gannett Flemming as the inspector. 7NT completed the utility clearances and contacted property owners to discuss access, schedule, and availability of water. Since the hillside is very steep, it could only be accessed by use of a dozer and ATV drill rig. 7NT drilled and sampled a total of 10 borings to 150 feet below surface, about 3 feet to 36 feet of soil and 147 feet to 114 feet of rock. The rock was highly fractured and difficult to core. 7NT then installed a total of ten inclinometers with protective casings and four piezometers with protective casings in sister holes approximately 5 feet from the inclinometers. Seven of the borings were then backfilled with grout and the site was restored. 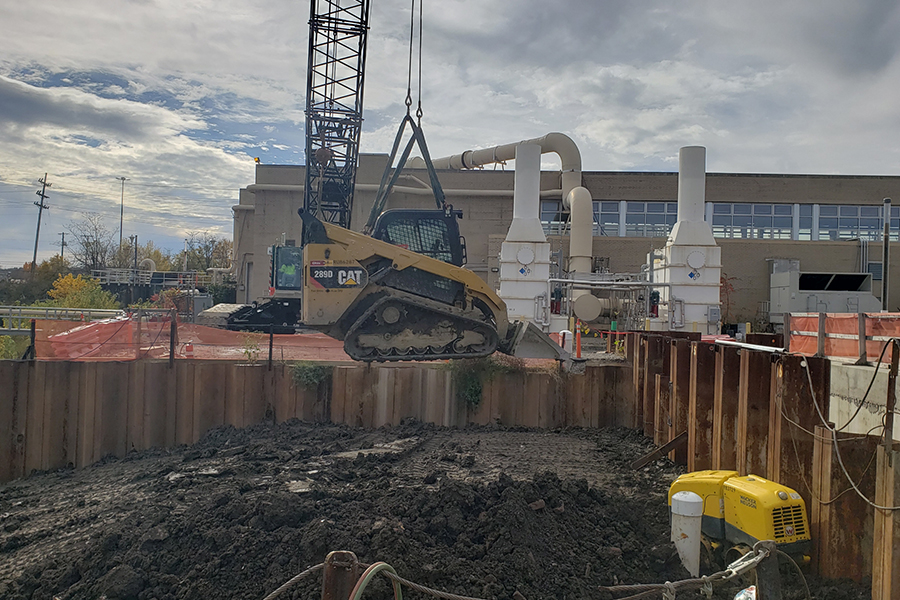