Current 7NT personnel have been involved on the Deep Rock Tunnel Connect project since 2007. Our drill crews, engineers, and laboratory personnel have been responsible for performing the geotechnical subsurface investigation and laboratory services (soil and rock) for the Design Phase of this project. Our construction inspectors have continued to provide inspection services into the construction phase of this project.

The first portion of the geotechnical investigation program required the drilling of five (5) vertical borings to obtain soil samples for geological exploration and geotechnical analyses, water pressure testing in rock for five (5) borings, and installation of five (5) piezometers in the area of the proposed tunnel. This information was utilized by the City and its design engineer to aid in selection of the proper alignment of the tunnel. The five (5) borings were each drilled to approximately 280 feet in depth. Approximately 100 feet of the drilling was in soil overburden and approximately 180 feet in bedrock. Water Pressure testing via wireline packer testing was performed on all five (5) of the rock core borings. Five (5) piezometers were also installed as part of the fieldwork to a depth of approximately 230 feet each.

The scope of work consisted of furnishing all labor, equipment, materials, tools, supervision and services required to provide our subsurface exploration services, including:

The field work was performed during January‐March, 2009, under very adverse winter weather conditions. Despite weather related challenges, the work was completed on‐time and in‐budget.

Drilling work for the second portion of the geotechnical investigation included drilling along the tunnel alignment in addition to shaft, drop structure, and pump station locations. Portion 2 included the following: 63 borings ranging from 15 feet to 305 feet in depth with overburden ranging from 50 feet to 115 feet, overburden drilling included dealing predominantly with heaving sands while performing standard penetration testing, split spoon sampling, and Shelby tube sampling, 38 piezometers were installed totaling approximately 4,000 feet, approximately 250 hours of Packer testing was performed, and 9 of the borings were performed at a 20 degree incline.

Several areas along tunnel alignment had suspected HTRW contamination. Geo-environmental investigation including drilling, well installation, soil and groundwater sampling and chemical laboratory analysis were performed. Appropriate personnel protection equipment was used, and hazardous waste was contained in drums for safe and proper disposal. Environmental and continuous sampling was performed in several of the borings, each piezometer was set with a flush mounted cover and a concrete pad stamped for identification, a total of approximately 6,500 feet of HQ‐size rock was cored during the project, quality of rock cores obtained required minimal preparation by the laboratories to perform designated testing, and a total of approximately 4,500 feet of overburden was drilled and/or sampled. 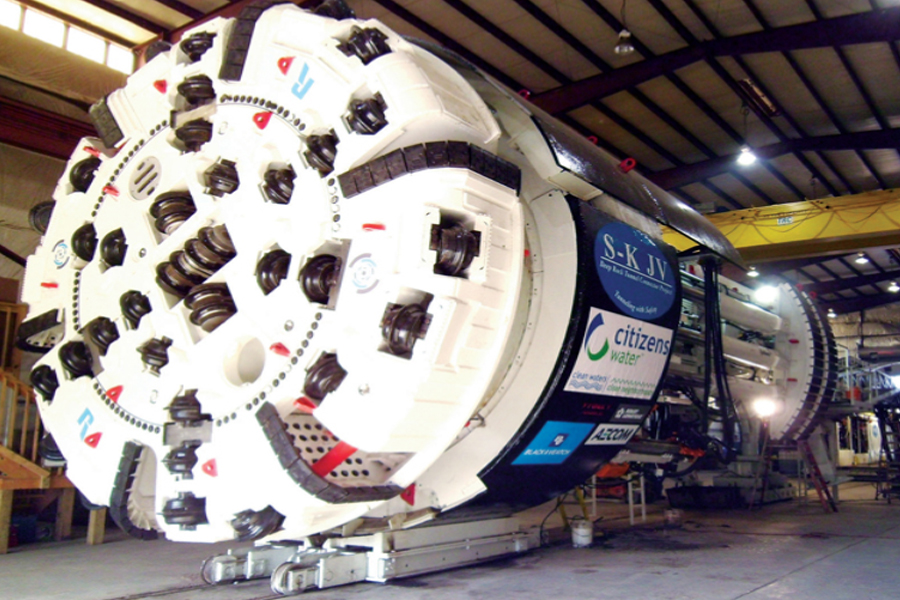 Field Experience Relevant to This Contract:

Engineering Experience Relevant to This Contract: